The challenge of creating something that exceeds expectations.
In order to create something that exceeds expectations, it is essential to be passionate, to continue challenging yourself, and to be willing to learn from different disciplines.
"TAKUMI(Master) × TAKUMI(Master) Cross Talk" is a project in which two masters of different industries and professions have conversations with each other to gain new discoveries, ideas, and insights.

Figures modeled after characters from manga, anime, and video games are gaining popularity worldwide. The professionals who make the prototypes of the figures is the "figure modeler."
What kind of approach must be taken in the process of transforming a two-dimensional manga or anime character into a three-dimensional figure?
Furthermore, how do you devise a way to create a new figure that does not currently exist?

For this discussion, VAROQ, who is a prototype maker who has created many Dragon Ball figures, and Kazuya Oyama of BANDAI SPIRITS' Banpresto Department, who is a supervisor for the development of prizes for amusement facilities, discussed their thoughts on the figures with a focus on the manga, anime, and video game series popular around the world, Dragon Ball. 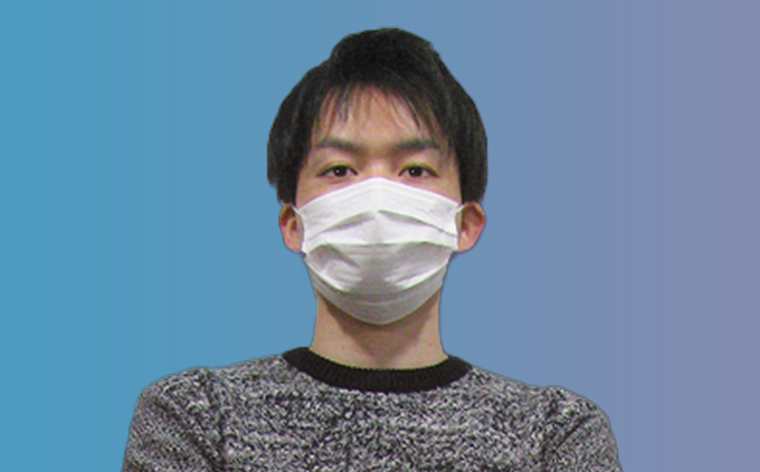 VAROQ is a figure sculptor who has worked on many figures based on the Dragon Ball series.
He has won prizes in many figure competitions, including the first Dragon Ball Z BANPRESTO WORLD FIGURE COLOSSEUM Zoukei Tenkaichi Budokai held in 2017.
Recently, he was been working on Dragon Ball Super Drawn By Toyotaro!!-Father-Son Kamehameha-Son Goku/Bardock and the prize figure MATCH MAKERS series. He is in charge of making all the prototypes for the G×materia series. 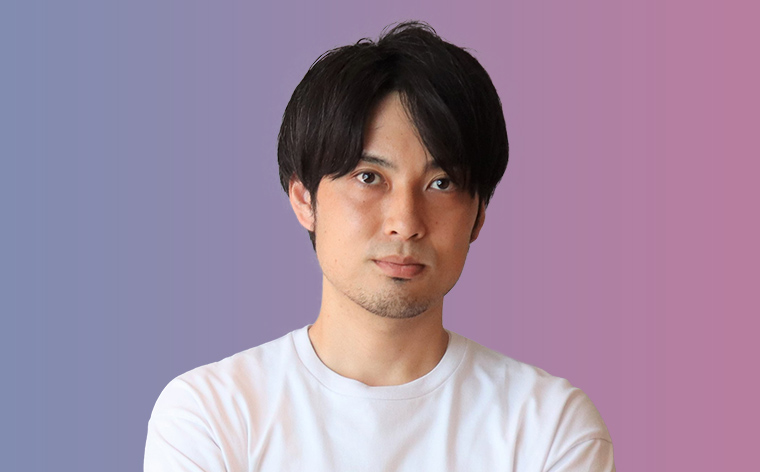 Oyama joined Banpresto Co., Ltd. in 2011. He was in charge of products related to Weekly Shonen Jump in the planning and development team for prizes (prizes for amusement facilities). In April 2021, he joined a new team. He is such a big fan of Dragon Ball that he has read all 42 volumes multiple times and has most of the series memorized. 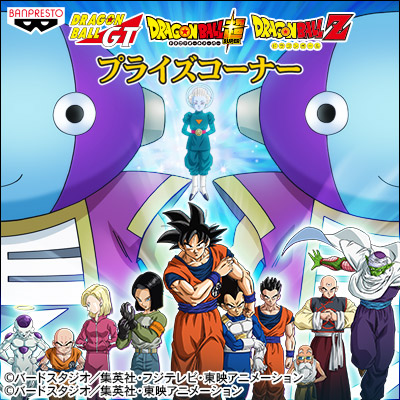 VAROQ
Ever since I was a child, I loved to draw pictures and make things with clay. When I was studying art, I learned about the job of a prototype artist, which sparked my interest. After working for a specialized production company, I became an independent freelance prototype modeler.

Oyama
At the former Banpresto* and at BANDAI SPIRITS, I worked in the department in charge of prizes for amusement facilities, and for my first five years there, I was in charge of promotions and was in charge of events and promotional materials. From there, I was transferred to a team that made figures and I was put in charge of development. Starting this spring, I have been taking on new challenges on a team that's working on different IPs.
I'm really into Weekly Shonen Jump manga, especially the Dragon Ball series. I'm such a big fan that I've read through the series multiple times and memorized it, so I feel really lucky that it became a part of my work.

VAROQ
I'm also a big fan. If you were to ask me what manga or anime I've watched the most, I'd say Dragon Ball. Like you, I've seen the series so many times that the scenes are imprinted on my eyes and in my mind.

Oyama
I've been working with VAROQ for about five years now, and I'm grateful that we both share a common love of Dragon Ball. It enables us to communicate quickly and easily. He'll understand what I mean just by saying, "that one pose in that one scene."

The "Father-Son Kamehameha" figure of Goku and Bardock,
the result of the incredible passion of these two creators

Oyama
On the official Dragon Ball website, there is a popular section called "Toyotarou Tried to Draw" where Toyotarou, who is the creator of the Dragon Ball Super series in V Jump, draws various characters. When I saw the illustration posted there of Goku's father, Bardock, I thought to myself, "I definitely want to make him into a figure!" I asked the copyright holder if I could use the illustration for the product, and they agreed to have Toyotarou create a new, original illustration. It was an illustration of Goku and Bardock doing the "father-son Kamehameha."
It was just so awesome that I wanted to pour my heart into making a figure out of it. I thought to myself, "If I'm making a Dragon Ball figure, VAROQ is the guy to ask!" So I asked for his help.

VAROQ
When I received your offer, I felt a strong desire to go for it. It was a project that had never been done before. Considering Toyotarou was the one who drew the illustration, there was also a lot of pressure, of course, but it was also very exciting.

Oyama
Goku and Bardock had never met, so there was no way they could have both done the Kamehameha at the same time. That's why it's such a precious design. You can display both of them on the same pedestal, but I think it was very challenging because this is not a common specification.

VAROQ
That's right. There are parts that inevitably bump into each other when you put them together, so I had to devise ways to prevent that. I also worked on ways to make them worth seeing. For example, I tried to make each of them look cool on their own.

Oyama
The illustration is great, and with VAROQ in charge of the prototype, we were sure we could make a good product. My mission is to communicate that to the fans.
The copyright holder cooperated with us and let us put an announcement about the figures in the manga's obi. The official Dragon Ball website also introduced the figures over several months, and we promoted the figures through various media outlets. After the product was launched, we also held a photo contest on social media.
I think the modeling work for Dragon Ball Super Drawn By Toyotaro!!-Father-Son Kamehameha- is excellent and will serve as a model for future Dragon Ball figures.

Oyama
A lot of figures have been produced from long-running series like Dragon Ball. In order to differentiate our figures from other figures that have come out so far, we are constantly experimenting with the specifications and with ways to recreate the characters.
I feel that we were able to create the G×materia series of effect figures with a great deal of care while consulting with VAROQ about the character lineup and configuration along the way.

Oyama
For the "G×materia" series, we put a lot of our own unique attention to detail into the products.
For example, for Goku and Gohan, we carefully considered the angle and length of the effect that comes out from between their fingers, as well as the distance between them and their face in order to make the Kamehameha effect more convincing.

As for Frieza, we really wanted to make his Death Ball float, so we connected his arm to the Death Ball using an effect and fixed it in place so that it would hover above in order to faithfully recreate the famous scene.
This was also VAROQ's idea, and it resulted in a very impactful figure of Frieza.

G×materia Series
In the G×materia series, the effects created by special moves are recreated using clear parts and lame.

Respect for the creation and a commitment to working by hand

Oyama
Could you tell me again what you keep in mind when you make prototypes?

VAROQ
Recreating the original scene or illustration is obviously a must, but since figures are three-dimensional, there are parts of the figure, such as the sides and the back, that are not depicted in the original two-dimensional medium. We carefully tweaked the faces, muscles, and even the wrinkles of the clothes so that customers can see the world of Dragon Ball from all angles.
Also, in order to gradually achieve something closer to the original illustration, I try to find an "average." In both manga and anime, the balance of a character's face and entire body changes depending on the frame, scene, and angle.
For this reason, rather than taking a single scene and recreating it, I try to look at numerous scenes to get a sense of how each character's face and body are balanced and what the character looks like "on average," then I model the figure based on that.
Some modelers may take numerical measurements, but when I do my work, I trust my own instincts. This may be partly due to the experience of having read the manga repeatedly in the past.

MATCH MAKERS Series
A series of "showdown" scenes recreated by the modelers who participated in the BANPRESTO FIGURE COLOSSEUM.

Oyama
I think VAROQ puts in an incredible amount of attention to detail when working by hand.

VAROQ
I believe that many modelers use digital technology. I also use digital technology to work on small details and parts that are clearly better to design digitally. However, for parts that I want to make sure are precise and fine-tuned, I do the work by hand. I feel that modeling craftsmanship has been improving in the industry, so I am determined to improve my own skills as well.

The endless pursuit for well-crafted figures

Oyama
I'm currently working with a new team on different IPs that I've never been a part of before, so I'm learning every day, but my job is still related to figures. I'd like to take my work to a higher level using the skills and attention to detail that I have fostered through my previous experiences. From the planning and development of a figure to its launch, there are steps like prototyping, coloring, and the marketing process that includes packaging, making the website, and spreading the word on social media. I think that by rearranging part of this process in my own way, I might be able to come up with something interesting.

VAROQ
As for Dragon Ball, there are still a bunch of characters that I haven't worked on yet, so I want to keep making more. Of course, there are also famous scenes of the main characters that have not yet been made into figures, so I would like to take on that challenge if I have the opportunity to do so. I want to keep making prototypes as long as my hands work and I have the energy.

* Some of the featured products are not currently available in stores.